October, for the Spensts, has held some pretty wonderful surprises that we had thought were off the table. For many months this year, it looked as if baseball would be canceled.  But, MLB got it together and played a 60 game season, culminating in a longer than usual playoff season this October, mostly in a bubble.  The Dodgers had looked promising going into the year, but when everything shut down, it looked like it might not come to fruition.  Lo and behold, it all did.  And they were crowned the World Series champions after a 32 year drought.  And we were swept up in the joyous (albeit tense at times) experience! 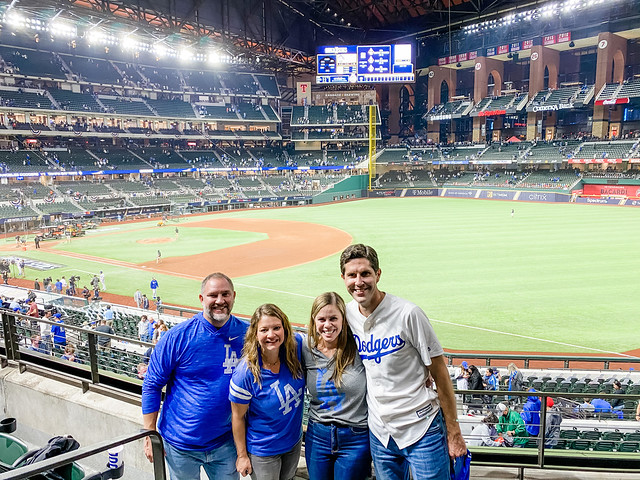 As a bit of back story, John lived his elementary school years in Central California cheering for the Dodgers during their World Series days in the late 80s.  Eight years ago, he realized that he needed a hobby that didn't take him away from home but provided a helpful distraction.  Enter baseball.  Specifically Dodger baseball.  Did you know there are 162 games in the regular season?  We have the MLB subscription (because of course we do) so that we can see every one.  Which really just translates to having baseball on in the background through most of the spring and summer.

And it is a lovely, simple distraction and has been a lot of fun for John.  I realized quickly that I could go all in and enjoy it or resent often having baseball on.  You can probably guess where I landed, as I know all of their names and positions and much of the history now.  In 2017, we got to go to Game 4 of the Dodgers/Astros series that the Dodgers eventually lost in what we now know was a cheating scandal.  It really didn't occur to us that we might get to see another Dodger World Series game in person any other time.

When they made the announcement that the last rounds of the playoffs would be in Arlington, John preemptively booked a hotel room so that he could go down and possibly loiter in the parking lot if the Dodgers made it.  Then, they announced that fans would be allowed, with tickets sold in pods of 4, at 25% capacity, going on sale at 10 a.m. on Oct. 6th.  In basically what amounted to a ticket lottery, we secured World Series tickets at face value well before we even knew who would be playing.  We cheered the Dodgers through the playoff season, with all of our kiddos getting in on the action as well. 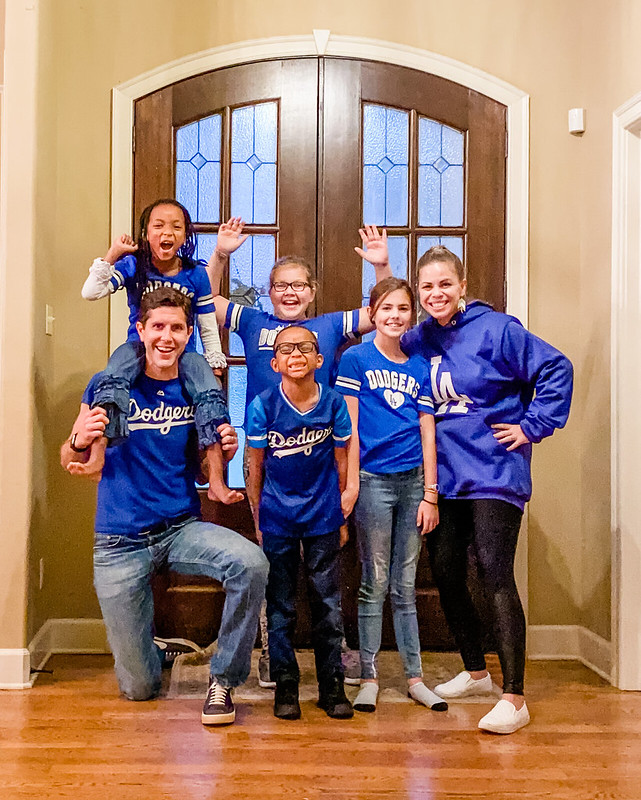 Our tickets were for Game 5, and since the Dodgers had lost twice, it was guaranteed, but would not be an ultimate win night.  Still, we drove down to Dallas for a quick trip on Sunday and made our way to Globe Life Field.  It totally felt like a Dodger home game, with almost everyone decked out in Dodger gear.  I missed the electricity of a full crowd, but having a row to ourselves and no one directly near us had many advantages.  The whole experience felt surreal and like an unexpected gift this year. 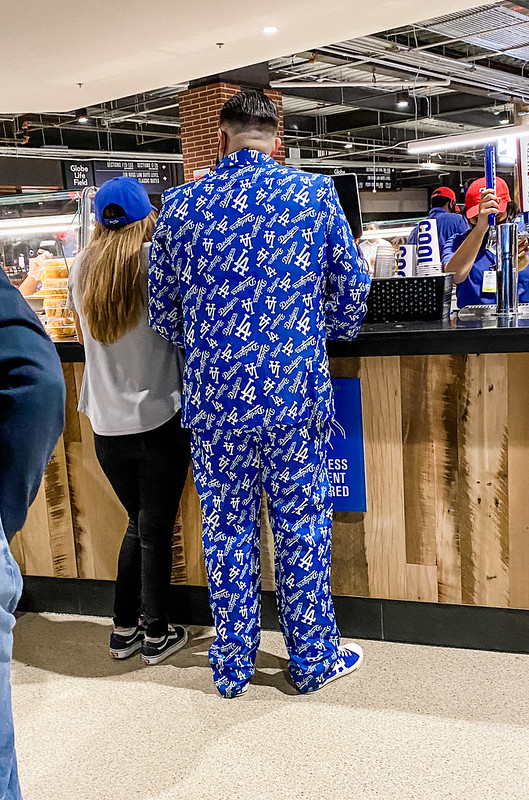 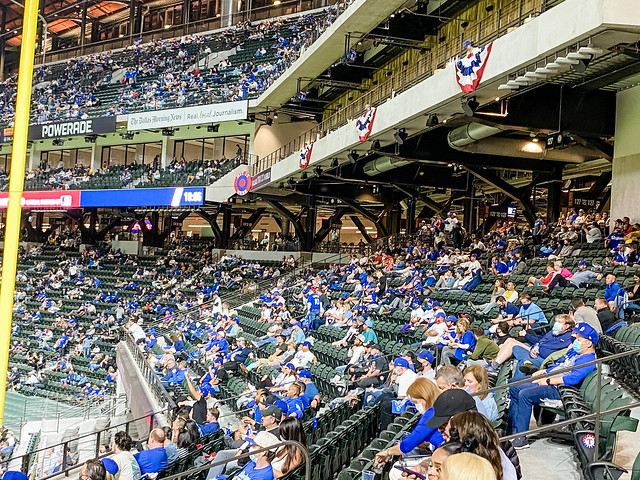 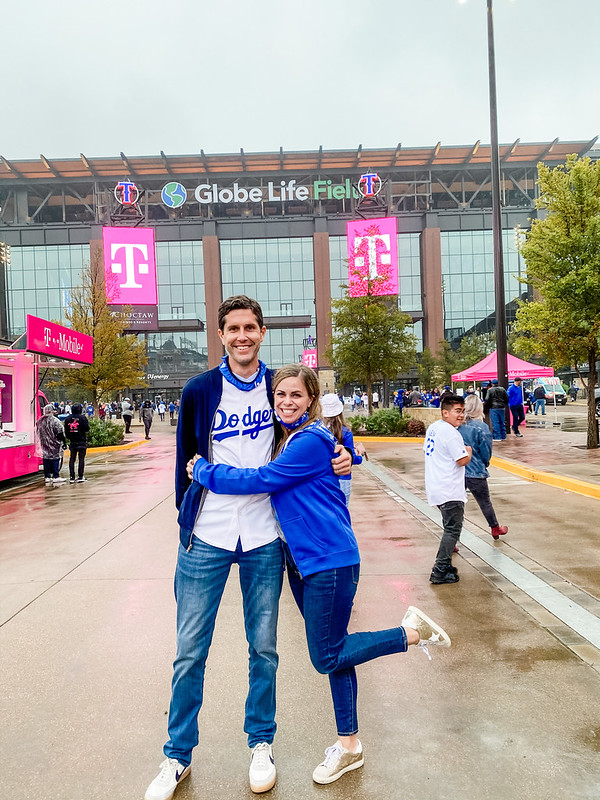 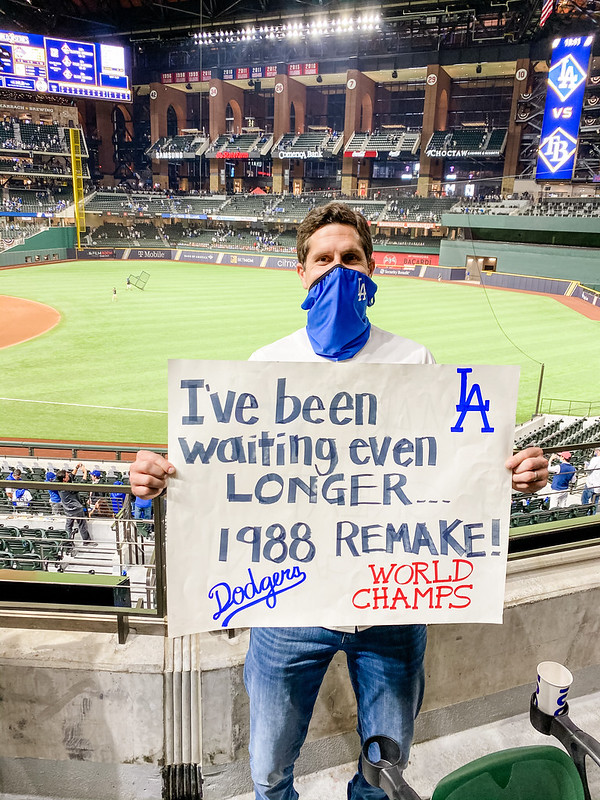 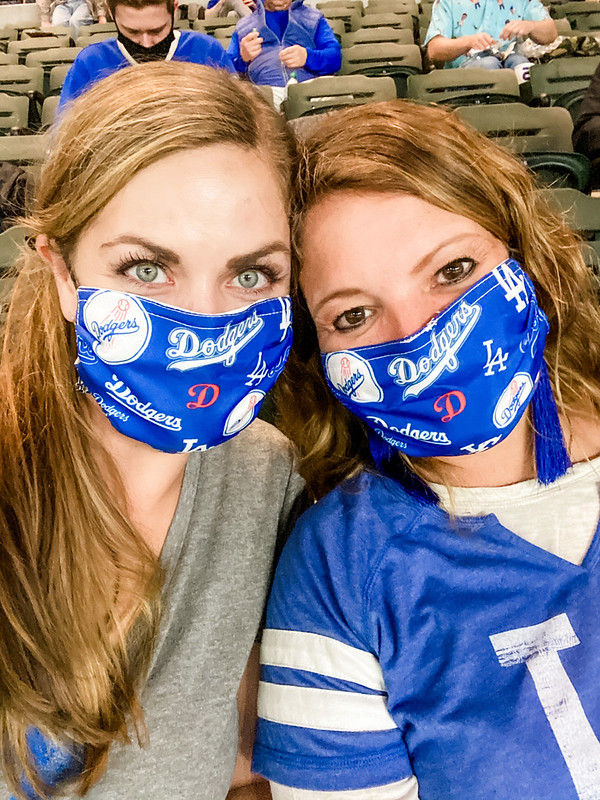 We had a fantastic time, and the Dodgers won the game we were at, which felt amazing.  Even though it was a super quick trip, it was nice to be away and do something fun with friends!  We came home and Game 6 was last night.  And after 32 years, the Dodgers were World Champions once again.  We screamed so loud that we woke up our kids who all wandered out blearily. 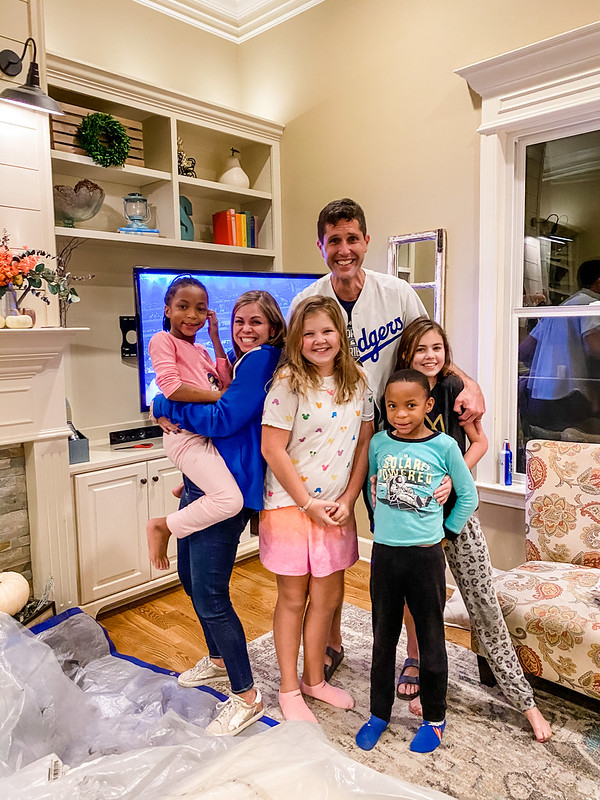 In a year with so much sadness and loss, this whole thing felt like its own little miracle.  Obviously, it is just baseball, and there are far more important things in life.  But, we were so thankful to experience this ride with a team that we really like.  And now, we need to catch up on sleep, because playoff season includes a lot of late nights. 🤪
Carol at 9:07 PM
Share